Blog - Latest News
You are here: Home / Uncategorized / What do you think Obama is doing in the picture? 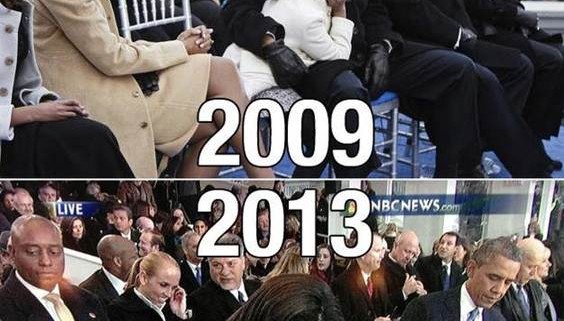 What do you think Obama is doing?

1. Updating his position in Linkedin to: “President-elect of the United States (second term)”

2. Tweeting with the hashtag #investitureceremony the highlights of the speeches of his party colleagues

3. Posting his current status in Facebook: “On the verge of being named President :)”, and in a few minutes collecting thousands of likes and comments from his followers

4. Receiving advice from his advisers to change certain nuances of his speech when talking.

6. None of the above (specify which)

What do you think their daughters are doing? What about his wife? Will they be good “community managers” of his loving father and husband? Are they contributing to the good brand image of the party? They will have instructions on how to behave in public social networks and party?

What is clear is that something has changed in just 4 years. Obama and his people have joined the smartphone revolution, are hyperconected and have no qualms about using them as “work”.

And you, are you on the digital revolution?

Visual maps: A guarantee of commitment and alignment of the team with the company’s...