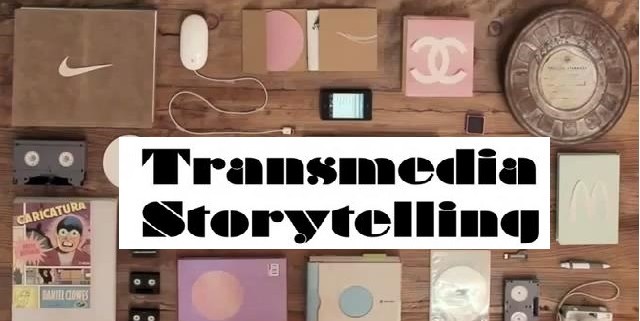 Helena is looking forward to going to bed. It is your favorite day time, when her mother leans to its side and open the magic book. Through drawings and his mother’s warm voice is immersed in the fascinating story of a girl like her: Cinderella. And at the end of the tale, thousand times interrupted, surely it will ask another and another more to his mother. The children’s curiosity is insatiable…

From small narratives and histories exert a magnetic power over us; We want to know more about the characters and circumstances, we identify with the protagonists and love, suffer, learn and grow with them. The great rupture that today has suffered this atavistic interest in the stories is that they have broken the traditional boundaries and have expanded virally through new devices, channels and networks.

Do take advantage of the potential of the art of collecting and telling stories? In just five minutes this fascinating video tells us how brands rely more than ever in the storytelling to reach actual or potential customers, taking advantage of the natural ability of the natives and digital immigrants to build together narratives through different channels or media:

Transmedia storytelling is about how to create unique entertainment experiences in which people generate, share, comment and constantly transform stories, what occurs or can occur in them, without the arguments lose their essence and coherence. For companies, as it explains the video, this desire to share and generate content is a machine generate fans that self-regulating with the invisible but tenacious effort of the community manager and the own prosumers. It is a way to make it profitable to each investment and, above all, to connect emotionally with new generations. Let us take an example: think of the children actors of the Harry Potter saga which grew along with its millions of young viewers. The story of this young magician is a clear example of transmedia storytelling: born in book format, then he made the leap to the big screen, and from there was accompanied by a spectacular display of new parallel and complementary stories from the main narrative through a multitude of stands: card games, Merchandising and Goodies of all kinds, video gamesseries of animation and a long list of contents transmedia. Walking Dead, Star Wars, Matrix, game of Thrones… are other examples of “universes trasmedia”, where fans paid an active role in the course of the scripts, and through social networks, comics, television, or any other physical channel or digital decide how the personality of each character, or even if live or die in the fiction. There are also projects conceived specifically as narrative trasmedia experiences, as for example the interesting artistic experiment of Lance Weiler and its Pandemic 1.0.

How bring this potential to the field of learning? Some keys would be:

Consider the MOOCs philosophy: each individual search, generates, modifies or share the resources necessary to build their learning path and achieve their goals, allying himself with colleagues who can help this weekend. Becomes part of the story, as in a role-playing game, and looks for answers in a personal way in which he is an active part of history. Their interaction with other characters can generate the initial script to change substantially, and their involvement in their learning leads him to explore itself unpredictable situations that will give you the necessary experience to then deal with them “in real life”.

One more example: the MOOC of Walking Dead Canvas Network organized in partnership with the University of California on “Society, Science and Survival: Lessons from AMC completo The Walking Dead“: https://www.canvas.net/courses/the-walking-dead

In themes as priorities of the Maslow pyramid in a situation of extreme change, social order, and partnerships are treated to achieve goals… All interrrelacionado with what users know of situations and the characters to TV in the series, comics, Fan Page of Facebook, the Tweets and other multiple channels.

Similarly, the gamification uses these same principles of “learning by doing” and experiential learning, combined with supports physical, virtual or social networks can lead us to a live learning experience where the script everyone writes it according to their interests, experiences and desires.

Where is the limit? As in almost everything: imagination.

Harassment and demolition Not Customer