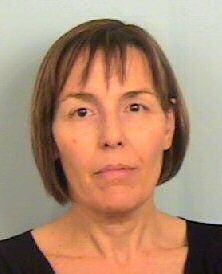 Cristina Perez Cantó, Director of Communications at Hispasat, joins our Innoverlap project giving his views on the status of innovation in the Spanish and international aerospace industry.

OVERLAP. HISPASAT has just successfully launched into space its new communications satellite Amazonas 3. What this event has meant to the company?

Cristina Perez sang. The launch of the Amazonas 3 works to reinforce Hispasat leadership in Latin America, where we are at the forefront of content markets in Spanish and Portuguese. This new satellite also incorporates a novel Ka-band load, thanks to its great power and ability, positions our company as the first to open the doors to interactive services and multimedia applications satellite in Latin America, which help reduce the digital divide in the region. In addition, this release also means a further step in the internationalization process that began a few years ago, and that is giving us excellent results.

Cristina Perez. The returns generated by HISPASAT for Spanish industry are very important, and arrive in two ways. First, because the company always incorporates Spanish components in all their satellites and gives them the opportunity to demonstrate experience in orbit, it is imperative to get new contracts. And, secondly, because when building a new satellite, HISPASAT establishes commitments with manufacturers so that in the following years, contracts with Spanish companies in an amount equivalent to the cost of the same. For these reasons, HISPASAT is recognized as prime contractor for the development of the aerospace industry in our country.

OVERLAP. HISPASAT is a company that has exceeded twenty years of experience in the telecommunications space, what has it evolved over the years and what position in the international market?

Cristina Perez. HISPASAT has not stopped evolve since its birth in 1989. This trend has accelerated since 2004, when the company placed the Amazonas 1 satellite at the orbital position of 61 degrees West Brazil. This began a process of international expansion that has made ​​it the global telecommunications operator eighth satellite which transmits and distributes the largest number of TV channels in Spanish and Portuguese, and has become the main bridge between Europe and America. The figures show the growth: in the last 10 years HISPASAT has doubled its revenue, from 93 million in 2003 to over 200 in 2012.

Currently, the Group is the fourth largest HISPASAT income in Latin America, where we provide services of high quality telecommunications and come already more than half of our total revenues.

OVERLAP. The positive evolution of a company is directly related to the implementation of an appropriate management model. What are the keys to the new business model introduced in HISPASAT?

Cristina Perez. The current  business model of Hispasat is based on process management and attaches great importance to teamwork and mainstreaming. For this to work it is essential to have the commitment and individual responsibility of all people involved in the team, from the technicians to the commercial, financial or administrative. We encourage the development of domestic initiatives that contribute to the creation of added value for stakeholders HISPASAT.

From another point of view, our business is based on leasing space capacity, and to achieve this is important effective time management. A satellite takes between two and three years to build, and we must learn to make the decision to launch a mission at the right time to arrive in time to meet market demands. Finally, we attach great importance to research and development of new advanced products to offer our customers services like mobile broadband or 3D TV or ultra high definition, in which we are pioneers and we have notable achievements. Cristina Perez. The internationalization process launched by HISPASAT has meant that we have used not only in Spain but also in other countries, mainly in Brazil. One of the keys to achieving that human capital development is work seamlessly, in constant communication and exchange, and knowing that we are all one team. The other is a commitment to personal and professional development of employees through programs that foster their continuing education. We try to enhance knowledge and skills of our professionals with training plans tailored to their needs and those of the company.

And as to where we have taken the path of internationalization, I can say that in addition to consolidate a regional benchmark in Latin America and as the eighth satellite operator in the world, this process has helped us continue to grow and expand our global sales the years of crisis we are experiencing in Europe. While here is perceived business contraction in the Latin American market demand continues to grow, and that is allowing us to balance income.

OVERLAP. What conditions must be generated in the company or, if they are not given, for both people and the organization to achieve its objectives through the promotion of the development of human talent?

Cristina Perez. Summarizing a bit what I have been saying on this subject, I think the conditions that can best promote talent in an organization are: to create an environment focused on teamwork, encourage comprehensive training and ongoing human team, develop a culture transversal corporate and value-based internal communication give the importance it deserves.

OVERLAP. Finally, communications are a fundamental part in the development of the Information Society and, therefore, in the progress of society in the future. What role plays as HISPASAT satellite operator in this process?

Cristina Perez. The satellites are important to convey telecommunications where terrestrial networks do not reach. In this sense, may be regarded as means of transmission more democratic, since their coverage includes everyone equally, wherever they live. In this way, are bringing progress and development to the most depopulated, more distant or located in areas where other networks can not reach. Just by installing a small antenna and one can connect to the Information Society and to access all kinds of communication services, from Internet telephony, from television to distance learning, tele-medicine and e-government. HISPASAT about service to areas where none existed and works well to integrate economic and social development of regions, both within Spain and Latin America, which would otherwise end up being left out of the opportunities offered by the Information Society.

Redefinition of the “learning strategy”

Are Consumer Decision Trees Still Relevant in a Path to Purchase World?