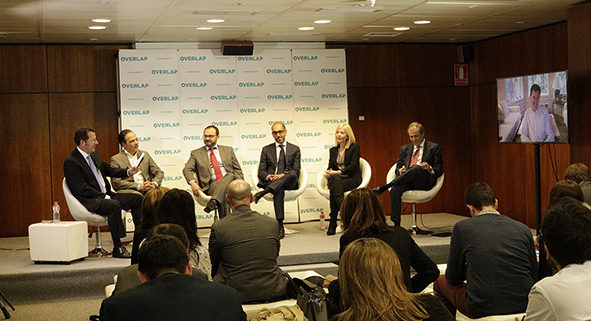 The debate was started by Jorge Lang, Intel’s Director for Innovation and Solutions, for whom “digitalization has created a major change in organizational views towards technology, from being a driver to being a commodity and thus contributing to improving the final user experience”. According to Jorge Lang, “Spanish society has acquired a great digital maturity and we are wrong if we think that the employee does not come into the company digitally savvy already.” “Spain can consider itself a leader in multi-channels”, said Lang in another point during his speech, “but we lack the knowledge of how to use Big Data tools, given its current weak development in companies”, a point most Overtalk guests agreed with.

Adolfo Ramírez, Managing Director of Technology and Operations at Santander Bank, insisted that the key to unlocking digitalization’s potential lies in the involvement of the company’s sales team. Ramírez stressed the “importance of consistency in management, so in other words, that the managers are perfectly aligned with the strategy and are the drivers of change. In his opinion, “the sales force is assuming the protagonist role it was lacking in the past”. Furthermore, the Technology & Operations Director said that “it is time to customize training. Teams need to become more digitalized so that the customer relationship is one where this is required”.

The Overtalk guests agreed that digitalization has driven the integration of Sales with other organizational areas, such as IT, Marketing, or Customer Supply Chain. And this integration is being producing a “relatively simple” way, as all departments agree to “put the customer in the center of the strategy” to bring on existing synergies and common goals between different areas.

“It is not enough to train the sales force; you have to work on the culture together with the company”, argued Concha Gil, Sales & Marketing Director of Yellow Pages. Gil coined the term “multi-contact” to explain the very wide degree of knowledge about the customer that is available to the sales force now. “Before we went in search of the customer, but now what we search for is for them to fall in love with US”. The Yellow Pages director reiterated that “today every sales relationship demands immediacy”, and if this immediacy is not given, what is generated in the customer is an inevitable frustrating feeling. He also said that the customer greatly values customization. “The emotional connection with the customer should never been lost”, he added.

Regarding the Customer Journey Map, Manuel Rivera, Manager of Learning & Capabilities Development for Vodafone, emphasized two points in the digitalization process: the end to end customer experience and omni-channels to give support to this customer experience. Meanwhile, Ravi Purswani, CTO of Overlap, considered it vital to “work on an incentive strategy to foster the development of all customer contact channels available”.

The speakers also agreed that “before sales people had to search for customers and now they have to transform their mentality in creating fans”; for this, teams have to develop capabilities in Personal Branding, among others – as Concha Gil pointed out – because loyalty and the emotional part of the sale is every day more and more important to the customer.

“In Vodafone, we work on the digital brand with every sales person”, responded Manuel Rivera to the question of what extent do sales teams use social networks in their approach to current and potential customers. “If you sell digital solutions, the first person that has to be digital is you”. According to Rivera, digitalization that “is here to stay” has made a “true value lie in consultative selling, because now we don’t sell products anymore, but instead solutions”. “What a 100% digital customer expects is a 100% digital company”. “Before it was the sales person that was selling, but now it is the customer that is buying”, commented the Vodafone director.

Mauricio Ulargui, Senior Partner at Revel Consulting who took part in the Overtalk from Seattle, USA, influenced on the idea that many employees are more digital than their companies “and this is one of the problems that is facing organizations in integrating millenials”.

Among change management strategies that any company needs to implement to achieve the digital transformation adaptation by its sales force, Ulargui noted several key points: “The process must be led from above and be cascaded throughout the whole organization; this requires a great empathy on the sales force, on the assumption that it may be difficult to specific profiles”. Also according to Mauricio Ulargui: “we must define soft changes, associated with the company’s culture and habits, that will be the most difficult to implement. 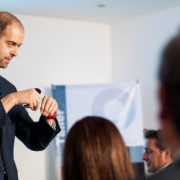 Our Public's Opinions on Neurosales 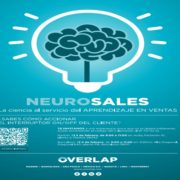 NEUROSALES: How to Activate the Customer's On/Off Button 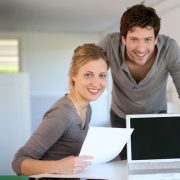 The 3 Main Training Needs in Companies 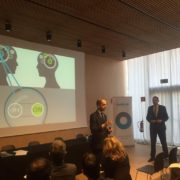 Video Summary of the "Neurosales" Conference 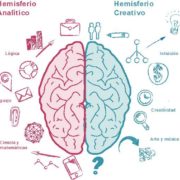 “Beyond Expectations” is the Theme of the HORECA Congress, Celebrating Its...